The Initiative on Race, Gender & Globalization (IRGG) was established at the beginning of the 2004-2005 academic year with the support of the Office of the Provost. Throughout its existence the IRGG has sought to internationalize undergraduate and graduate curricula by creating scholarly spaces that foster intellectual exchange across geographic borders and political perspectives. 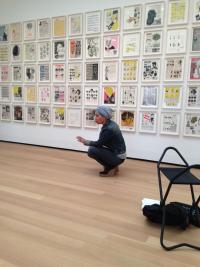 Both in his speech “The Internationalization of the University” and in his Baccalaureate Address “Life on a Small Planet,” President Richard Levin spoke about the global university and the importance of working across political and geographic boundaries in our contemporary world. He noted in his Baccalaureate Address that, “this nation has suffered through much of its history from isolation and insularity.” Too often,” he said, “our leaders have been insufficiently mindful of how America is perceived throughout the world.”

For the past nine years the IRGG has committed itself to organizing and sponsoring colloquia, conferences, events, and visitors in order to not only address issues around national “isolation and insularity,” but also to challenge the Yale University community to think transnationally and cross-culturally about politics, the arts, economics, and history.

During the 2012-2013 Academic Year the IRGG continued to build on its trans-disciplinary, cosmopolitan vision. We invited noted guests from around the world, collaborated with existing Yale institutions, and created new ones. In the fall, graduate affiliates of the IRGG began planning an exciting slate of student workshops and working dinners, “Caribbean Lime.” Beginning in Fall 2013, internationally recognized scholars will join graduate students and faculty in a series of workshops to discuss their research and forge intellectual relationships with the broader Yale community. This program of events, titled “We Have Never Been Human: A Caribbean Studies Approach,” will extend over the 2013-2014 academic year and is supported by a grant from the Kempf Memorial Fund. 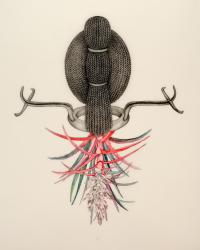 Two spring seminars offered opportunities to ground a multi- disciplinary conversation about race, feminism, and representation in the collections of the renovated Yale University Art Gallery. “Re-Visioning Subjectivities: Art, Literature and Black Womanhood” co-taught by Professor Hazel Carby and Associate teacher Key Jo Lee, and Professor Carby’s, “The Politics of Representation: Visual and Literary Culture and the Black Female Body,” drew upon literary and visual studies to interrogate contemporary and historical modes of representing black women. An IRGG and YUAG co-sponsorship allowed seminar participants to explore the practices of three major living artists who were invited to lead discussions of their work: Ellen Gallagher, Michael Platt, and Joscelyn Gardner. (Although Platt’s visit was canceled because of the blizzard, it has been rescheduled for Fall 2014.)

Between January 23 and January 26, 2013 Ellen Gallagher, one of the most acclaimed contemporary artists to have emerged from North America since the 1990s presented her work in a variety of forums to classes and to the wider Yale community.  Here she can be seen introducing DeLuxe(2004-2005), a recent acquisition by the YUAG. DeLuxe is a complex highly imaginative and sophisticated artwork that employs a variety of mediums in an exploration of racial and gendered identities through the vernacular of black advertisements. DeLuxe appropriates and refashions ads from Ebony, Our World, and Sepia in a large and grid-like series.

A major retrospective, Ellen Gallager: AxMe is currently at the Tate Modern in London and will travel to the Sara Hildén Art Museum in Finland and then to the Haus der Kunst, Munich. In conjunction with this exhibition, Professor Carby lectured at the Tate’s “Afrofuturism’s Others” event on June 15. Gallagher is an internationally exhibited artist working in multiple mediums. Her work is in the permanent collections of the Art Institute of Chicago, Tate Modern, MOCA, and Pompidou and she has shown at the Venice Biennale and Whitney Biennial.

Joscelyn Gardner’s Creole Portraits (2009-2011), meanwhile, uses an eighteenth-century form of printmaking from stone to explore Creole identity from a feminist, postcolonial perspective. Her visit to the YUAG (January 28-30, 2013) allowed students and faculty to broaden and deepen their sense of Caribbean archives and iconography.

Born in Barbados, Gardner’s work has long engaged her own white, Creole identity and reflected upon the colonial, geographical, economic, and political distinctions that remain operative in the lived experience and representation of the Caribbean. Her work has been exhibited internationally and she currently teaches in the School of Contemporary Media at Fanshawe College, London, Ontario. Subsequent to Gardner’s visit YUAG has acquisitioned Gardner’s Creole Portraits III (2011).

In February, Professor Tina Campt discussed her acclaimed book, Image Matters: Archive, Photography, and the African Diaspora in Europe (Duke University Press, 2012). Image Matters studies the ways in which black European communities in the early to mid-twentieth century used family photographs to refashion modes of identity. The book explores the themes that have been central to Professor Campt’s path-breaking work at the intersection of postcolonial and European studies. Currently Director of the Africana Studies Program and Professor of Africana and Women’s Gender and Sexuality Studies at Barnard College, Campt has transformed current thinking about the relation between visual culture, literary analysis and the formation of transnational subjectivity.