In the 2018-2019 academic year the IRGG continued to advance its mission, working with other departments and institutions to facilitate conversations with scholars and artists that happen few other places on campus. 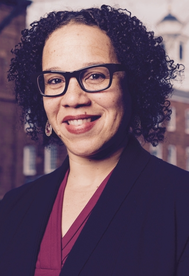 Professor Fuentes’ Dispossessed Lives: Enslaved Women, Violence and the Archive (University of Pennsylvania Press, 2016) mines the archives to understand and reconstruct the lived experience of urban women in eighteenth century Bridgetown, Barbados. The book has already expanded the vistas of Caribbean studies and her presentation made for a lively and provocative conversation. 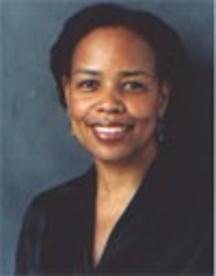 In March IRGG welcomed the publication of Wayward Lives, Beautiful Experiments: Intimate Histories of Social Upheaval (W.W. Norton, 2019) the most recent book by Saidiya Hartman (Professor of English and Comparative Literature, Columbia University). Wayward Lives is a pathbreaking examination of intimate black life in early twentieth century Philadelphia and New York. The book has already made waves with the academy and without for expanding our conception of the radical aspirations and insurgent desires that characterized the experience of urban black women at the turn of the last century. 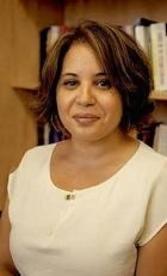 March was a busy month for the IRGG. In addition to Professor Hartman, Sarah Haley (Associate Professor of Gender Studies, UCLA) also visited a seminar to celebrate the paperback release of No Mercy Here: Gender, Punishment, and the Making of Jim Crow Modernity (UNC Press, 2016).No Mercy Here charts the role of incarceration in forming the raced and gendered identities of black women in the late nineteenth and early twentieth century South. Through significant original archival research, the book discloses scenes of subject-creation as well as organized resistance that became part of what Professor Haley calls “Jim Crow modernity.”

Students and faculty alike welcomed the opportunity to discuss these important contributions to interdisciplinary thinking about the relationship between race, gender, class, and the political life of the black Atlantic. Students especially appreciated the way in which these scholars modeled approaches to the archive that respect the agency and experiences of differently situated historical actors. 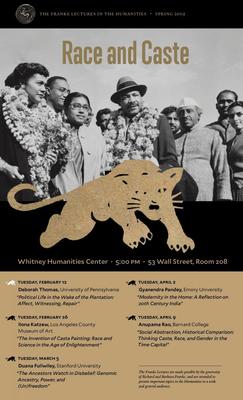 The Whitney Humanities Center/Franke Center seminar was organized in conjunction with the Franke Lectures in the Humanities and brought a number of leading scholars and practitioners to campus: Deborah Thomas (R. Jean Brownlee Professor of Anthropology and Director of the Center for Experimental Ethnography, University of Pennsylvania); Ilona Katzew (Department Head and Curator of Latin American Art, Los Angeles County Museum of Art); Duana Fullwiley (Associate Professor of Anthropology, Stanford University); Gyanendra Pandey (Arts and Sciences Distinguished Professor and Director of the Interdisciplinary Workshop on Colonial and Postcolonial Studies, Emory University); and Anupama Rao (Associate Professor of History, Barnard College

The IRGG thanks all of the administrators, IRGG Affiliates, Yale institutions, and the numerous individuals who were involved at every level of the growing and vital conversation about the links between race, gender, and globalization. We thank everyone and look forward to working and talking more in the years ahead.