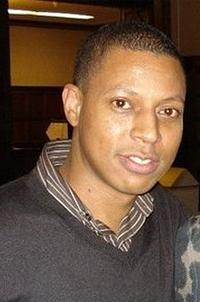 Sean Brotherton is broadly concerned with the critical study of medicine, the state, subjectivity, and the body.  His overarching research questions are at the intersection of three distinct, yet interrelated, areas of inquiry: (1) anthropology of the body, (2) anthropology of the state, and  (3) political economy of health. He conducts fieldwork in the Caribbean and Latin America.

His current research explores how, within the last several years, the Cuban government has increasingly focused on mobilizing biomedicine and medical expertise as a marketable commodity for sale through programs associated with “medical internationalism.” Such programs are based upon foreign policy (several decades in the making) and community health care. This research considers how the strengthening of alliances through medical internationalism are strategies employed by the socialist government that are consequences of Cuba’s integration into the global economy. While recent social science scholarship has highlighted the nexus among humanitarian aid, conditional trade agreements, militarism, and highly volatile flows of capital, decidedly less attention has been paid to situating these analyses in socialist, and, no less important, post-socialist contexts. Historically, the Cuban government employed a moral framework to describe itinerant physicians on “medical missions” as “symbols of the revolution.”  Increasingly, however, citizens are beginning to challenge the legitimacy of the government’s move towards strategic aid programs, particularly as the economic benefits of these specified programs fail to redress domestic shortages and lead to worsening material circumstances for everyday citizens.