Sumak Kawsay, Good Living: Visions for Achieving Environmental & Social Justice in Ecuador and the US 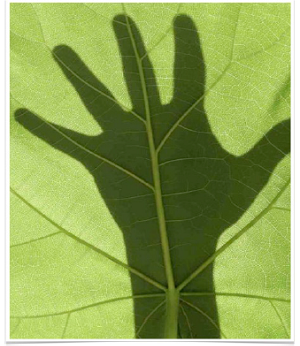 Summary: Struggles to achieve social and environmental justice throughout the world make this an opportune time to consider what scholars and activists in the United States and abroad can learn from innovative transformations in human rights, social justice, and environmentalism outlined in the Republic of Ecuador’s National  Development Plan (National Plan for Good Living, 2009-2013) and enshrined in Ecuador’s current Constitution. In what ways can Ecuador’s thinking on social and environmental justice help scholars and activists in the US and abroad imagine Good Living? Can Ecuador’s idea of state formation (plurinationalism) operate as an ethical imperative for including historically excluded peoples into public discourse? Lastly, is the United States ready to develop and engage innovative epistemologies and cosmologies to tackle economic, environmental, and social inequality? Motivated by these questions, the Initiative on Race, Gender & Globalization, in collaboration with the Department of African American Studies, the Council on Latin American and Iberian Studies and the Program in Ethnicity Race and Migration, organized this colloquium titled “Sumak Kawsay: Visions for Achieving Environmental and Social Justice in Ecuador and the US.”

We wish to recognize the importance of the epistemological and cosmological contributions of Andean indigenous peoples to the understanding of what can and should constitute “el Buen Vivir” in the constitution of contemporary Ecuador.

The colloquium organizers use the Quechua concept of Sumak Kawsay, which describes ways of living in harmony within communities, with ourselves and with nature. “Sumak Kawsay,” approximates to but means more than “el Buen Vivir” in Spanish and “the Good Life,” or “Good Living,” in English. Following an opening address by René Ramírez, Secretario Nacional Educación Superior, Ciencia, Tecnología e Innovación and an architect of the National Plan for Good Living, the colloquium is organized as a set of three roundtable conversations. The roundtables will address the following issues: Plurinationalism, Racial and Ethnic Inequality in the Struggle for Social and Environmental Justice, and The Solidarity Economy. The discussants will engage and debate the challenges of developing and implementing transformative agendas to end racial, ethnic, and gender inequalities, and to promote sustainable living while transforming economic life and protecting the environment from further degradation.